You are here: Home Sample Chapters

In the Norse legend of the Ragnarök, a new world emerges after the world is immersed in fire and water, and in the new world, the gods and man live in peace ever after.

In the real world, things are not that simple. When the white civilizations of the ancient world were overrun, there were always new territories and new lands to be opened. When Mesopotamia fell, Egypt arose. When Egypt fell, classical Greece arose. When classical Greece fell, Rome arose. When Rome fell, the European states arose. Then the New World was opened, and North America, Australia, and New Zealand were added as white heartlands.

Now, however, these are all threatened by mass Third World immigration. There are no more new territories or lands to be opened. It is the final call for white Western civilization.

Can the West survive? The simple answer is yes, provided some basic steps are taken.

1. First and foremost, white people must have more children. All other political activity is meaningless without this fundamental building block. History, politics, and human affairs are the product of demography. A failure to breed is punished by Nature with extinction.

2. Political activity must be directed at awakening as many white European people as possible to the reality of race and its underpinning of world events.

3. This political activity must always be done in the idiom of the time. All attempts at political necrophilia (which seek to recreate certain past time periods, such as the Ku Klux Klan/Confederacy or National Socialist Germany) are doomed to failure. The era of “white supremacy” is gone, and all attempts to recreate it are foolish. The white race will live or die in the twenty-first century, and not in the centuries gone by.

4. This political activity must always be directed in reasonable, moderate, and socially acceptable language, terms, and presentation. There is, after all, nothing wrong with demanding the same rights which are accorded to all Third World nations (freedom from colonization and the right to self-determination) for First World nations. It is, in fact, entirely reasonable and normal.

5. This political activity must not be restricted to “only” publishing the odd book, website, or journal. It is a non sequitur to argue that there “are no politicians who support the interests of white people” when the people who make that complaint are not involved in practical politics. Of course there will be no pro-white politicians if all the politically-aware people who are pro-white, do not campaign and stand for office.

6. Political realism must be the watchword for all activists. Too many enter politics with false expectations of instant victory, and burn out when the expected glory does not materialize. Activists must be aware that the racial worldview goes against nearly a century of leftist indoctrination. The mass media is, for the greatest part, completely hostile and in the hands of those who applaud the racial destruction of the West. It is no easy ride, and victories on a pro-white political platform are, simply put, the hardest-to-achieve objectives which any activist will experience.

7. Fortunately, it is not necessary to win outright. All that is needed is for a significant minority of Western people to be awakened to the racial realities. The biggest threat to the future existence of the white race does not come from other racial groups, but rather from the sway which white liberals hold over society. All other races and groups do what they do because the ruling white liberal elite allows it.

And therein lies the rub; the nature of modern liberalism is suicidal. Liberals will, given enough time, destroy themselves. They will stop having children; they will miscegenate, and they will then cease to exist. As long as pro-white political activists have had sufficient children and engaged in sensible, reasonable political activity, their political views will be unopposed among the surviving white community.

Those who might argue that the racially-conscious surviving numbers will be too small to matter, should be aware that the founding European population in Upper Paleolithic times was no more than a few hundred thousand at most. There are already more people than that—millions, in fact—who have voted for pro-white or anti-immigration parties in Europe. There is no cause for pessimism about numbers.

8. Finally, the surviving white communities will have to be realistic about their geographic circumstances. It is no good to be a racially-conscious minority in a sea of hostile nonwhites, as the Afrikaners in South Africa discovered to their cost. As such, serious consideration will have to be given to white geographic consolidation once the time comes. In this regard, Eastern Europe and “white Russia” are likely to play a decisive role in providing a homeland in which white people from around the world will be able to reform, regroup, and survive—and hopefully learn from the lessons of history.

Is any of this possible? You, dear reader, and your actions, will help decide the answer to that question.

This is the final part of March of the Titans, The Complete History of the White Race, available here. 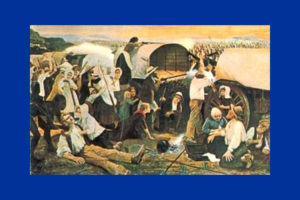 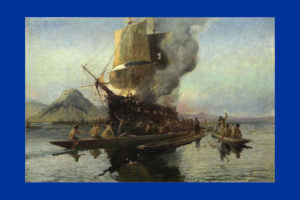 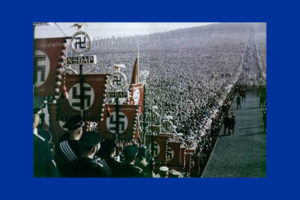 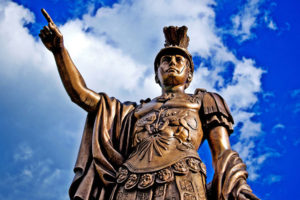 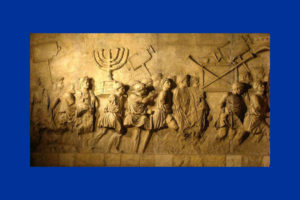 CHAPTER 16: By Stealth and Steel—Christianity 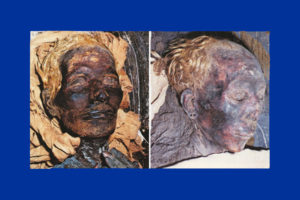